We are a group of local civil organizations. While several foreign domestic helpers are seeking from Hong Kong’s court their rights of abode, their names and reputations are blackened by particular politicians who intend to gain political advantage in the year of elections. We are deeply angry towards such acts that take advantage of the situation.

According to existing laws, non-Chinese nationality persons who hold legal documents and have worked for 7 years in Hong Kong are qualified to apply to the Director of Immigration for permanent residency in Hong Kong. However, s.2 of the Immigration Ordinance excludes foreign domestic workers from such application. They therefore suffer consistent discrimination and deprivation of rights solely because of their job nature.

We have to respect the basic rights of foreign domestic workers to fight for their rights of abode by legal means. Some political parties and LegCo members allege that millions of foreign domestic workers and their families will become Hong Kong permanent residents should the judicial review favour them, and therefore ill create financial burden for the Hong Kong society. We consider that such allegation echoes the discriminative government policies and provokes ethnic disintegration, in which the only result will be a terrified and divided society. These allegations are extremely ridiculous and irresponsible. We now APPEAL to the public to look at the truth, and to reject the lies of these selfish and shameless politicians.

We RESPECT the rights of the foreign domestic workers to fight for their rights through legal means. We DEMAND the government to immediately carry out the Court’s judgment without delay upon the applicants’ winning of the case. We also DEMAND the Immigration Department, for the sake of reflecting equality as one of our core values, to equally treat both foreign domestic workers and non-Chinese nationality persons who work in Hong Kong while handling applications for permanent residency.

premium to – as much as ten times their salary – to look for a new job so as to avoid being repatriated.

We CONSIDER that foreign domestic helpers have, just as those non-Chinese nationality persons who work locally, excessively contributed to Hong Kong society and its economic development. Local women are released to the labour market since these domestic helpers have taken up the responsibilities to take care of Hong Kong families. While both man and woman can be the breadwinners, social income and consumption increase, and Hong Kong economy benefits. The contribution of the foreign domestic helpers should therefore be acknowledged. However, when these people fight for their rights to be treated equally through formal and proper legal means, the government remains unconcerned, and even threatens to shorten their terms of contract. Some political parties and politicians deliberately exclude, discredit and blacken the names of these rights seekers, with a malicious intention of gaining political advantages. Hong Kong should not tolerate such chilling behavior.

As an international city, Hong Kong’s success has never relied solely on local contributions. Our civilized, prosperous society is built with the co-ordination of people with different nationality and race. We appreciate the employers who treat their foreign domestic helpers as part of their families and as cooperative partners. We believe, that the respect of human rights and the inclusion of different communities are is the fundamentals of Hong Kong’s stability and prosperity. 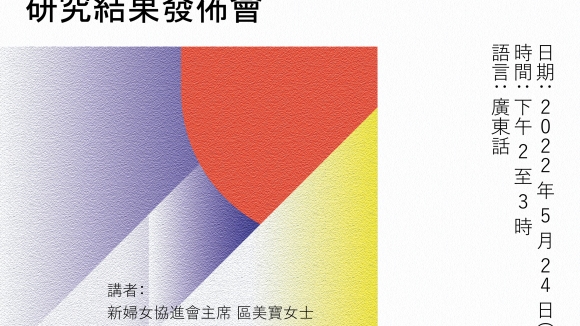